We all want qualifications to be fair, but just what does that mean? Fairness includes many things. It includes making sure assessments cover the expected content and are clear and error-free, making sure that marking is completed on time and is of high quality, and that grade boundaries are set to fairly reflect the demand of the paper.

It means designing qualifications so that they are fair to the full range of students who will take them, and so that the requirements are clear to all teachers. It also means making sure that students who need them have access to enlarged or Braille question papers, or a scribe, or other reasonable adjustments.

It means dealing with any malpractice that might give some students an unfair advantage over others. And it means taking account of any serious disruption or other events which might affect individual students’ performances on the day.

Everything we do at Ofqual is focused on making sure the qualification system is fair for students, so that they’re competing on a level playing field. Our job is to balance those different aspects of fairness, so that students, parents, teachers and others can be confident in results.

So how do we do that? 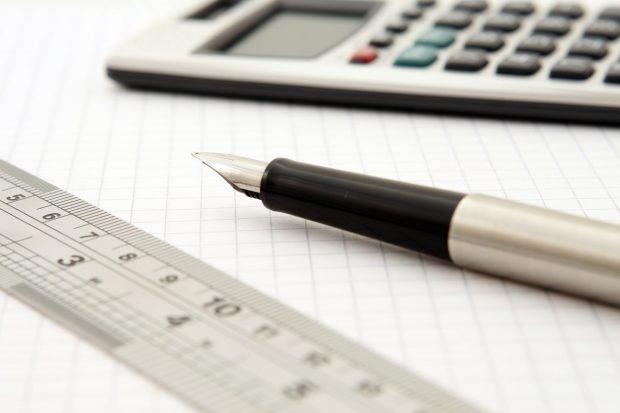 For example, we removed controlled assessment from many subjects because the evidence showed that it wasn’t always clear to teachers and to students what practice was (and wasn’t) allowed and, where non-exam assessment remains, we put in place new rules about the way it must be carried out.

We put in place rules to make sure there was consistency between exam boards where it’s important – for example the proportion of marks in physics that should assess maths skills, or the amount of time that should be taken to complete practical work in subjects like art or design and technology.

And through our accreditation process, we checked that all exam boards offering the reformed qualifications were planning to do so in a way that was designed to meet all our rules, including covering all the new subject content in full.

Fairness is also critical when setting grade boundaries. We consider two main aspects – fairness over time and between exam boards in a subject. We want to make sure it is no easier to, say, achieve a grade 4 in GCSE maths in one year than another or with one exam board.

In the transition to reform we were clear that at A level, so long as there were no big changes in the ability of students taking the qualifications, broadly the same proportion would achieve each grade in the new A levels as in the old.

And in GCSE we set clear ‘anchor points’ between the new and old grade scales, so that students, parents, teachers and others could make comparisons over time, but above all to be fair to the students taking those exams.

As the new GCSEs and A levels settle down, we are looking for the best sources of evidence to maintain standards, and we have set out our approach in a short film and an animation. We will continue to use statistics and examiner judgement but we know that detecting small changes in performance from one year to the next is challenging.

Last year we encouraged awarding organisations to reflect on the need for the ‘must-pass’ rule in some of the level 3 Applied General qualifications, and awarding organisations changed many of the qualifications. This made it fairer for those students competing for higher education with students taking A levels or older versions of the Applied Generals.

This year we will continue to monitor the way awarding organisations maintain standards in these new Applied Generals.

Our changes to the reviews of marking process for GCSEs and A levels were made with fairness in mind. In the past, our research showed that review examiners, knowing that a student was likely to be near a grade boundary, tended to ‘look for’ marks. That didn’t mean the original mark was wrong; just that another (usually higher) mark could equally be justified.

That’s not fair for all those students who do not seek a review. We want reviews of marking to be focused on detecting (and correcting) marking errors, rather than replacing one legitimate mark with another, higher mark.

Fairness is also about communication and making sure that students, parents and teachers, as well as universities and employers, understand enough about the qualifications to be able to make decisions about which students to admit to higher education courses, or take on as Apprentices. We’ve produced films, postcards and other materials to help raise their awareness.

We also know that sometimes things don’t go as planned, and when the unexpected happens, it’s also important that students are treated fairly.

There is already an established contingency plan for exams and this year an additional day has been added to the GCSE and A level timetable, as a further contingency. We hope that the exam boards don’t need to use it, but it’s all part of the plans to make sure students are treated fairly this summer.

So that's how we think about fairness, build it into the system from the beginning, and monitor its achievement. As a result, students, parents and teachers can rest assured that there is a level playing field between exam boards and over time.