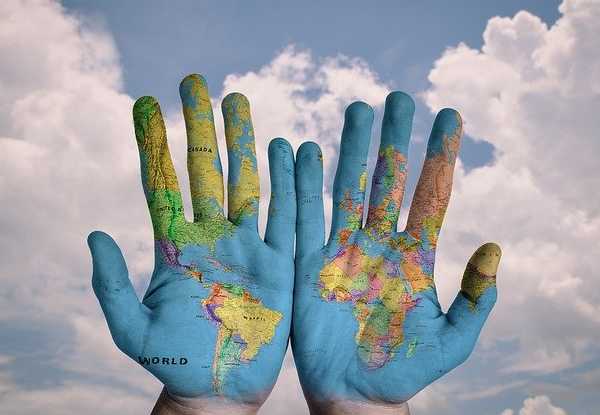 This year, exams and assessments in England have been cancelled to help stop the spread of Coronavirus (COVID-19).

Instead, for GCSEs, AS and A levels, and many similar vocational and technical qualifications taken for progression purposes, schools and colleges are being asked to provide carefully considered judgements of the final grades that they believe their students would have been most likely to achieve.

To make sure that the results issued in August are as fair as possible across different schools and colleges, Ofqual and the exam boards have developed a statistical model to standardise GCSE, AS and A level grades, and awarding organisations will complete quality checks in other qualifications.

Details of the decisions we have taken about how results will be produced for the qualifications we regulate have been published this week.

As we have developed exceptional arrangements for this summer we have been monitoring and checking in with counterparts across the world to see what is happening with exams elsewhere.  So how are other countries responding?

There is a wide array of high-stakes school-leaving exams and university-entrance exams used around the world. The exams ordinarily are of different styles and the significance of teacher assessment varies greatly between systems. Some exams have been developed recently while others are long standing and often reveal a country’s context and history.

It’s therefore no surprise that in response to the pandemic, there is a variety of actions being taken by different countries in relation to their exams.

The actions available to deal with the impact of the pandemic are partly dependent on whether the school exams are based solely on externally provided tests or include at least some measure of teacher assessment.

For example, the USA bases much of its university admissions on teacher assessments without any statistical moderation, but the universities have a lot of other information to take into account in the process, such as SAT or Advanced Placement Test scores.

First, Scotland, Wales, Northern Ireland and the Republic of Ireland are taking a similar approach to their school-leaving exams as England.

In France, high-school students will not sit the Baccalauréat exam this summer. It is the first time since its introduction under Napoleon in 1808 that the exam will not take place in its traditional form. Even the protests of May 1968 did not prevent the exam going ahead. This year, students will receive an average score in each subject, calculated from marks given for tests and homework throughout the year.

In Germany, education policies are decided at state level (the Länder). The Abitur qualification is granted to students in their final year of school who have passed a set of exams taken in the spring. It is needed to be accepted to university in Germany.

The 16 states initially had different views about whether to press ahead or to cancel the exam season and produce an ‘average grade’ instead, using coursework and other exams taken during the course. They reached a consensus and all states agreed in March that the 2020 exams would go ahead.

Norway has cancelled all written exams for high school students. Classwork from the course contributes 80 percent of a student’s report card marks. With only 20 percent of marks based on final exams, the consequences of cancelling them appear manageable.

Similarly all the central national exams in the Netherlands have been cancelled. Students will gain their school-leaving certificates based on results from earlier school exams which normally contribute 50% of the final grade.

The latest position with Italy’s high school leaving assessment is that the written exams have been cancelled. Teacher assessment from the course will now count for 60% of the overall score rather than the normal 40%. The oral exams are planned to go ahead on schedule but under socially distanced conditions and with the panel including a lower proportion of teachers external to the student’s school.

In Spain, the 2020 university entrance exams, the Selectivitat, have been postponed. The university enrolment calendar will also be adapted to the new dates of the exams which are yet to be finalised.

Further afield, in China, the Gāokăo university entrance exams, taken by around 10 million students each year, have been postponed by one month to July.

In Hong Kong, the main Diploma of Secondary Education exams are underway under socially distanced conditions with 1.8m between desks in exam halls. Students are asked to arrive early for temperature checks, must submit a health declaration form, and have to wear a face mask.

The Caribbean Examinations Council has postponed to July its high school exams which are used extensively in the West Indies. Each candidate’s result will now be based on marks from at least one newly designed multiple choice paper plus teacher assessments.

Postponing summer exams by a few weeks is also happening in, for example, Azerbaijan, Ghana and Vietnam.

The Advanced Placement Tests from the USA are adopting a different approach. AP tests are like A levels in the sense that they are taken at the end of a course of teaching and are used for students starting university.

The College Board decided that it would not be possible for students to sit their exams in the traditional way and so wrote new exams for all 28 courses specifically in response to the crisis. Most tests last 45 minutes and have one or two free-response questions. Students write and submit their responses within the allotted time for each question.

They are able to take tests on any computer, tablet, or smartphone they have access to. They can either type and upload their responses or write responses by hand and electronically submit a photo, raising issues about integrity and access to technology which are being considered.

Clearly there have been different ways to proceed available. Context is then all important in making a decision. Countries have chosen the actions that are appropriate to them, taking account of such factors as the timing and extent of the spread of the virus, and the nature and scheduling of their assessments.

Given the nature of this topic, we understand readers may have specific questions or concerns about their particular situation. While it isn’t possible to respond to individual questions via our blog, you can contact our Public Enquiries Team on 0300 303 3344 or via email public.enquiries@ofqual.gov.uk